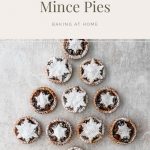 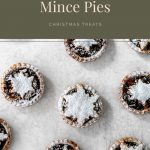 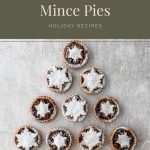 Disclaimer: This post includes affiliate links. I will earn a commission if you purchase through these links at no additional cost to you.

It’s that time of year again when boxes of mince pies are stacked a mile high on our supermarket shelves. But have you ever tried making your own? Nothing quite compares! All you need is some good quality ingredients and a little patience, and you’ll have homemade treats your family and friends will love.

What Are Mince Pies?

The history of mince pies stretches back to England in the 13th Century. Traditional recipes for mince pies, or Christmas pies, crib cakes, and shred pies, as they were known then, contained a mixture of fruits, minced or ‘shredded’ meat (hence the name shred pies), suet, and spices. Over the centuries, mince pies have become more sweet than savory. By the 19th Century, mince pies were similar in flavor and more like the round shape we know and love today.

Mince pies have always had a strong link to Christmas. The spices symbolize the gifts given to Baby Jesus by the three wise men. In the middle ages, mince pies were an oval shape with a pastry Baby Jesus on top to depict Jesus’s manger (hence the name crib cakes).

Mince pies also come with some superstitions. Just for fun…

Today’s mince pies have dropped the meat. Instead, they are a wonderful combination of dried fruits and spices encased in a gorgeous pastry. And one heart-warming tradition still remains. Kids still love leaving a mince pie by the fireplace for Father Christmas on Christmas eve.

How To Make Mince Pies ~ Step-By-Step

Full recipe and ingredients list in the recipe card below.

Why You’ll Love These Mince Pies

The first step to making perfect mince pies is to choose the right mincemeat. It’s all about flavor. Bland mincemeat is going to give you bland mince pies. You can use my delicious Amaretto mincemeat recipe, which you can easily whip up in 30 minutes. Amaretto is optional! It’s made using much less sugar and fat than most store-bought brands. But it’s still packed with flavor. Alternatively, you can use your favorite shop-bought mincemeat. It’s your call!

Be sure to preheat your oven before you start baking your pies. This will help to ensure that they bake evenly and come out of the oven looking beautiful.

4
Chill Your Mince Pies Before Baking

Chilling your mince pies before baking will prevent the pastry from shrinking in the oven.

When it comes to filling your pies, don’t be stingy! Be sure to fill them generously with mincemeat, so they’re nice and plump. But not too much that they start spilling over the sides!

If you are looking to make your mince pies with homemade pastry and homemade mincemeat, I’ve got just the recipes you’ll need. Get them here: 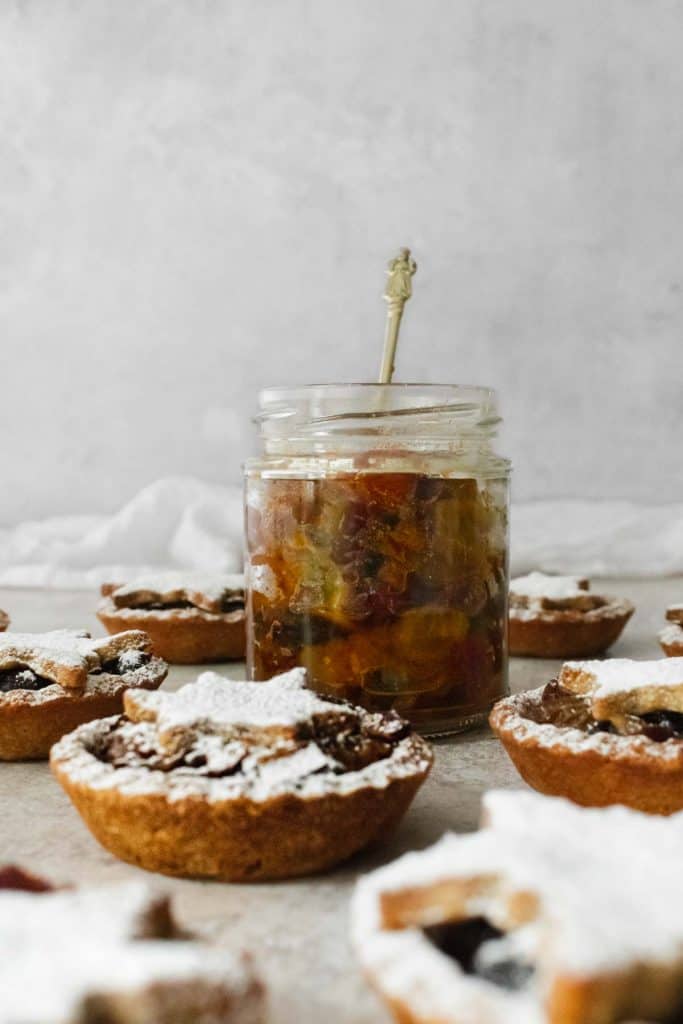 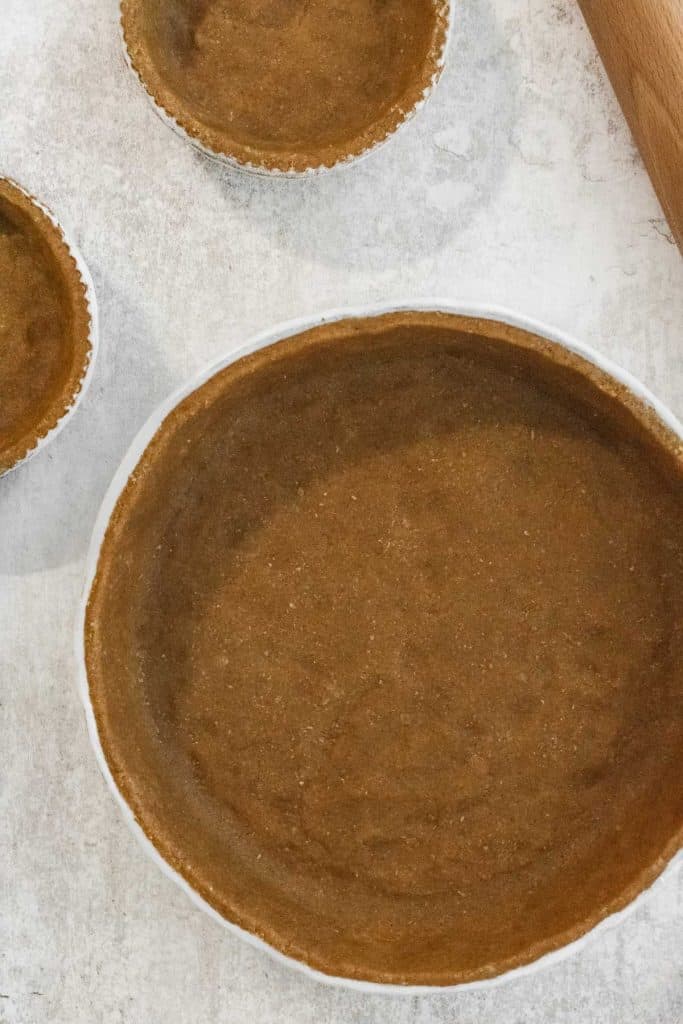 It’s that time of year again when boxes of mince pies are stacked a mile high on our supermarket shelves. But have you ever tried making your own? Nothing quite compares! All you need is some good quality ingredients and a little patience, and you’ll have homemade treats your family and friends will love.

300g amaretto mincemeat (or mincemeat of your choice)

Prep: Get your ingredients ready. Take your spiced almond pastry out of the fridge for at least 30 minutes before rolling it. This will make it easier to roll and prevent it from splitting as easily. Also, grease a mince pie baking tin (or shallow cupcake tin) with coconut oil.

Roll: Roll a little over half of the pastry out on a lightly floured surface. You want the pastry to be roughly 3mm thick. Rolling the pastry between two sheets of parchment paper will prevent you from using too much flour, making the pastry dry. The pastry bases and lids will also lift off the surface much easier.

Bases: Cut out 12 circles with a 3-inch (7.5 cm) round pastry cutter and insert them into each 12-hole mince pie tin cavities.

Fill: Fill each of the mince pie bases with a tablespoon of mincemeat.

Lids: Roll out the remaining pastry and cut out 12 lids. You can use a 2.5-inch (6 cm) pastry cutter to create a sealed lid. Or, use a Christmas shape, like stars. Place the pastry lids on top. If you’re using a sealed lid, crimp the edges and cut a small slit in each lid to allow the steam to escape. Then, refrigerate for 30 minutes to allow the mince pies to chill. Chilling the mince pies at this stage prevents them from shrinking in the tins.

Brush: After 30 minutes in the fridge, brush the mince pies with milk.

Storage Instructions: Cooked mince pies will keep in an airtight container for between 4 and 5 days. They will not last as long as commercial brands loaded with preservatives.

Freezing Instructions: Cooked mince pies can be cooled and frozen for up to 3 months when stored in an airtight container. I like to wrap them individually in plastic wrap (cling film) to preserve their flavor. Thaw the mince pies on a wire rack for 1-2 hours at room temperature.

Adding Flavor To Store-Brought Mincemeat: If you’ve purchased a prepared jar of mincemeat that doesn’t have enough flavor, you can pour it into a small bowl and add one or two of the following flavor boosters: vanilla extract or apple juice. A little orange juice, orange zest, lemon juice, or lemon zest for extra festive citrus flavor. A splash of your favorite booze always works well. Brandy is the most traditional of alcoholic beverages to add to homemade mince pies. But I love a dash of port or Amaretto.

Alternatives To Icing Sugar: If you want to avoid adding icing sugar to your mince pies, you could consider a sprinkle of cinnamon. Or how about a sprinkle of coconut sugar as an alternative to brown sugar?

Thinking of making this Mince Pies Recipe? I’d love to know how it turns out. Get in touch via the comments section, and let me know!

You can also stay updated with new posts and healthy real food recipes by subscribing to The Real Food Geek mailing list below.

Thanks for stopping by!

Cheryl Whyte is a nutrition coach with an internationally accredited Diploma in Culinary Medicine from The Culinary Medicine College in London. She is also a recipe developer, food photographer and blogger. Cheryl is passionate about creating balanced recipes that nourish the body and allow people to feel satisfied without giving up their favourite foods. 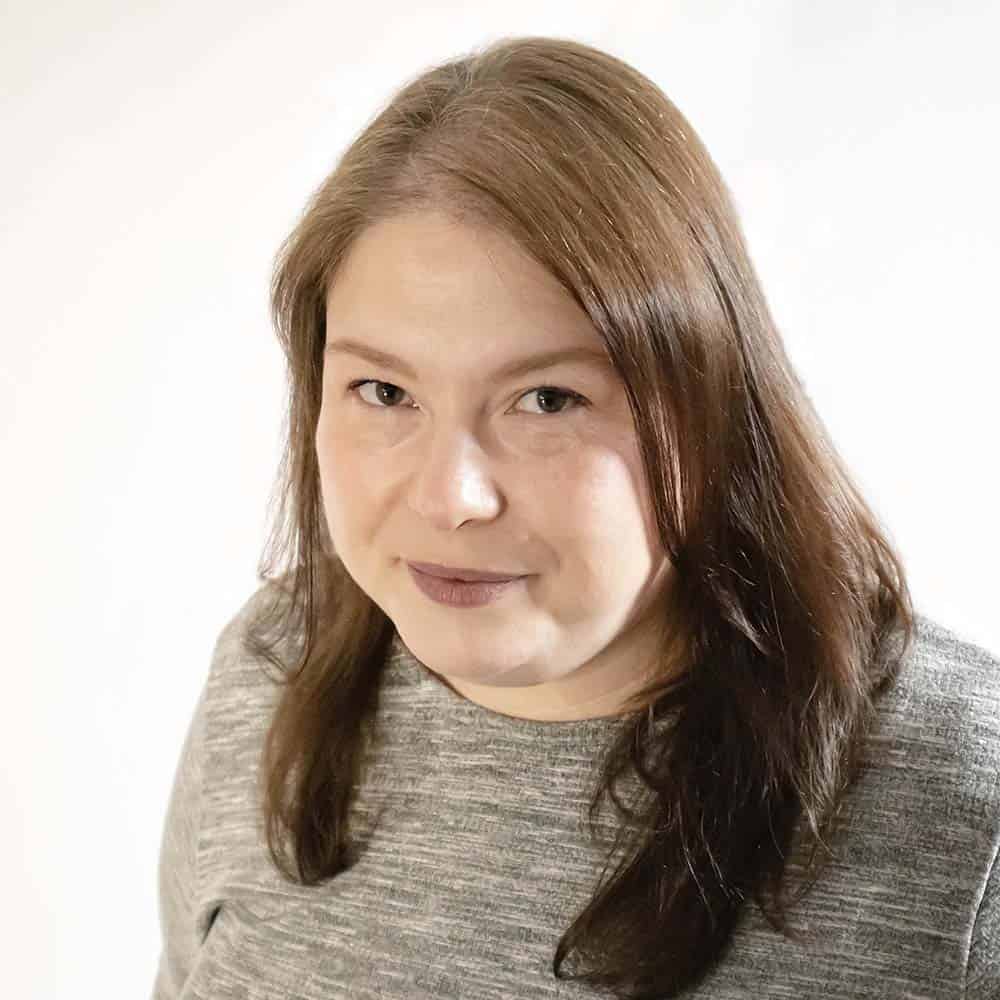 I became a qualified nutrition coach with a diploma in Culinary Medicine when I experienced firsthand that diets don't work. I wanted to know how to get healthy the right way. Now, I'm passionate about sharing healthy recipes made with mostly real food ingredients that taste incredible too. Get ready to embrace a deliciously balanced approach to food!

Thanks for visiting The Real Food Geek. I'm Cheryl, the blogger and recipe writer behind this site. I became a qualified nutrition coach with a diploma in Culinary Medicine when I experienced firsthand that diets don't work. I wanted to know how to get healthy the right way. Now, I'm passionate about sharing healthy recipes made with mostly real food ingredients that taste incredible too. Get ready to embrace a deliciously balanced approach to food!